This is a mini-Bible study and different from a usual blog. I hope it will encourage you to believe that God has a plan and purpose for your life, despite your feelings of loss, discouragement, and sense of insignificance, especially during this time of the year. You are not forgotten!

Did you know that widows played an important role in Christ’s birth? Since it was prophesied that the Messiah would be born through Davi 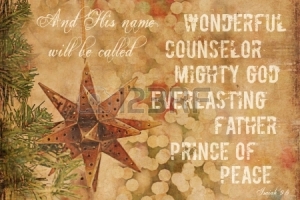 d’s seed (Isaiah 9:6-7), Matthew’s Gospel traces Christ’s lineage through Jesus’ earthly father Joseph, who was of the house of David (Luke 1:26). He includes the names of four women –Tamar, Rahab, Ruth, and Bathsheba. Three of these women were widows. Each has her own story of love and loss, pain and disappointment, and restoration and redemption.

Tamar’s story in Genesis 38 is full of intrigue, deception, and cultural expectations that I, as a westerner, have difficulty understanding. Even God’s dealing with her two husbands is hard to explain. After being widowed twice, she had twin boys, Perez and Zerah, through her father-in-law. In Matthew 1:3, Perez is listed as an ancestor of King David.

Rahab (Joshua 2), as far as we know, was not a widow, but she serves as a great example of a person whom God redeems and then honors. Through her marriage to Salmon, she too becomes an ancestor of King David (Matthew 1:5).

Ruth’s life is chronicled in the Old Testament book by her name. It’s a wonderful story of lost love, God’s provision, and new love. After loosing her husband, Ruth moves with her mother-in-law, also a widow, to Bethlehem. To earn a living, she becomes a day worker in the fields, and there meets and marries Boaz. Their son, Obed, was the grandfather of King David (Matthew 1:5) and therefore an ancestor of Christ.

Most of us know Bathsheba’s story of infidelity with King David (2 Samuel 11-12). In Matthew’s Gospel, she is not listed by name, but is recorded as Uriah’s wife, a widow. After her husband’s death, she marries David and gives birth to a son who dies. Her second son, Solomon, became king after David, and was thus in the earthly lineage of Christ.

Luke’s Gospel also includes a widow in his recounting of the birth of Christ. Eight days after Jesus’ birth, Mary and Joseph took the baby to the temple “to present him to the Lord” (Luke 2:23). Anna, a widow who was also a prophetess, was there too (2:36-38). She spoke to Mary and Joseph and declared that Jesus was the longed-for Messiah.

The women in Matthew 1 were far from perfect, and after reading their stories, we may even wonder how and why God chose them for such a significant role. We may not have the importance of Tamar, Rahab, Ruth, Bathsheba, or even as Anna who lived a righteous life. But God has place for you that only YOU, as a widow, can fulfill. Not one of these widows knew that she would be an ancestor of Christ, or as Anna, would be able to witness the birth of the Messiah. None of us know the future, but our lives can have renewed meaning and significance as we follow God’s path each day because GOD HAS A PLAN.